“My Crickets: A Little Decameron #35” 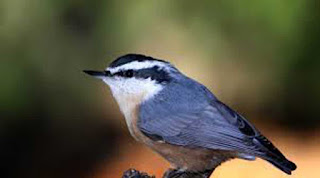 My little cricket is still well, singing throughout the night. I fed him tiny bits of fish (which wasn’t tasty) with his water last evening. I do believe that perhaps the small ramekin of water was moved a bit, but I also think this might be delusional thinking on my part, and just a result of the shake of my hands.
Now 61,005 US citizens dead. Throughout the world, 3,218,430 have contracted the virus to date, with 228,625 international deaths. When more than 30 million citizens apply for unemployment insurance, what can you say? How do doctors expect you to stop touching your face when tears are streaming down both cheeks?
And now the Los Angeles City Department of Health has completely closed down our pool and jacuzzi. The tiny bit of human recognition we have left is now gone. No Ukrainians, no anxious parents or their children will be witnessed: just the plastic owl and the mostly closed umbrellas and our Russian family’s rug and towels, which they’ve begun to hang over their second-story balcony railing.
Yet, just now, a little bird, which I describe as a finch, perhaps a purple finch since his forehead was slightly bluish, flew into our patio to inspect it. When I attempted to get a better look, he/she flew off, but soon came back. Hard to see in the gloomy Thursday morning light. And a crow just darted through the garden. And another, larger one, just flew across my view, with another behind. Heckle and Jeckle again I suspect. They’re now terribly busy cawing, evidently for food and territory.
At least, Los Angeles County has now promised to allow free testing for the virus to all of its millions of citizens. A brave act. How they will have enough testing kits and how they will offer them is still not clear. But it’s a start toward normalcy, and maybe will result in an even clearer notion of just how many were affected by this terrible disease.
Howard keeps getting thinner—something that begin long before the pandemic—and today, I observed that the t-shirt Elsa Flores Almarez had given us celebrating her artist-husband Carlos—whose image generally peeks out over the belly—has now been buried into his pants.
Well, today, I’m watching Sacha Guitry’s 1937 film Désiré, a comedy for a change. I need it.