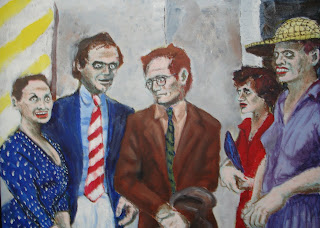 When my companion Howard began working as a curator at the Hirshhorn Museum and Sculpture Garden in Washington, D.C., he quickly became friends with Sidney Lawrence, then Head of the Publicity Department at that institution. Sidney, a native Californian of a noted family, a branch of the famed Ghirradellis of San Francisco, has what I might describe as an outrageous sense of humor that delighted both Howard and me; and over the years Sidney (now a painter), his companion Tom Birch (a lobbyist on Capitol Hill), and we have remained good friends.

When we first met Sidney, he was married, but some time after his divorce he announced that he was gay. A few months later, in part to celebrate his own sexual outing, he mailed out numerous invitations for a late afternoon cocktail party which aside from the usual announcement of time and place, added casual dress.
For most readers today, it may seem strange that I would even mention the attire, and even odder that I might have chosen to put such words in italics. But in the 1970s, when this event occurred, Washington, D.C. was a city, with regard to dress, unlike any other. We had long ago recognized that casual dress did not mean the same thing in that city than it did everywhere else.
When we arrived at this party, the place was already filled nearly to capacity, and before long, it was almost impossible to weave one’s way into the kitchen for a drink. There Howard and I were among what seemed like more than hundred guests, mostly young men, standing back to back or front to front, depending upon who was included in one’s conversation, packed into his small apartment on K Street like sardines. Washington, D.C., built as it was upon swampland, is extremely hot and humid in the summer, and, accordingly, all of us—the whole room, each young man dressed in a suit and tie (one, on his way to a later event, was dressed in a tuxedo)—the definition of casual dress in the nation’s capital—suffered sweat rolling down our faces which, hidden beneath our shirts and coats, raced equally on down our backs.
Suddenly the doorbell rang. It was quite impossible for Sidney to move toward the door—it was nearly impossible for anyone to move—so the person nearest the entrance cautiously opened it, as all eyes turned toward the possibility of fresh air and escape. There stood two young boys dressed in t-shirts and shorts.
As these two looked into the room packed with so many besuited males, their mouths fell open in apparent shock. “We’re from Wisconsin,” one of them said, in a suitable Wisconsin accent, “and we were told to meet our friend here, at the party. But…,” he paused, looking down at his bare legs, “perhaps we should apologize; on the invitation it said casual dress.”
For an instant the room quieted as if to meet the startlement registered upon their faces, and, just as suddenly, a boom of raucous laughter broke like a roll of thunder across the space. “Come in, come in,” we all cried in near hysteria for the absurdity of being there, so very properly dressed. 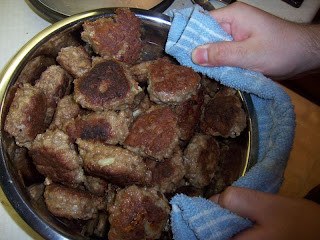 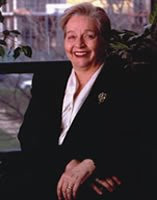