Flying (on Ece Ayhan A Blind Cat Black and Orthodoxies) 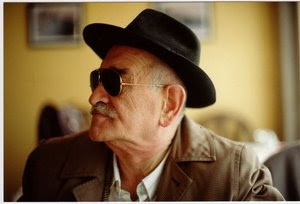 In 1994 or 1995 poet and translator Murat Nemet-Nejat sent me a manuscript of his translation of the Turkish poet, Ece Ayhan. If Nemet-Nejat is to be believed, he had attempted to get this manuscript published for more than 10 years. I immediately was drawn to it, and in 1995 I gave him a contract which, through a series of underground figures, was passed on in Turkey to Ayhan, apparently in hiding from his government for failure to pay taxes or some other infraction, who signed and dated it 14.12.1995.

The manuscript Murat had given me seemed to me to have many similarities to the American poet John Wieners, who, like Ayhan, was a gay writer who had begun his early life at the edges of academic and socially responsible behavior—Wieners began his education at Boston College, later enrolling in Black Mountain College to study with Charles Olson and Robert Duncan before working as an actor and stage manager at the Poet’s Theatre in Cambridge; Ayhan graduated from the school of Political Sciences in Ankara before serving as a civil servant—while later gradually moving out into the underground and sexual fringes of society.

According to Nemet-Nejat, by the time of Ayhan’s third major collection of poetry, Orthodoxies (1968), he had moved to the streets of Istanbul’s Galata section: “historically both its red light district—of transvestites, girl and boy prostitutes, tattooed roughs, heroin merchants, that is, the unnamed or ‘euphemized’ outcasts of Turkish culture—and the district where minorities—Armenians, Greeks, Jews, Russians, etc—lived.”

The two works that made up the Sun & Moon book, ultimately published in 1997, A Blind Cat Black (which I inexplicably published as
Posted by greenintegerblog at 9:46 AM