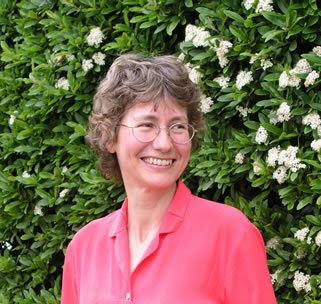 from Alphabet for Alina

looking out to ducks the leading flotilla sucked out across the lake there is no harvest to be brought in except with machine and she was expected to stay and help out in the school and sitting on benches which were too hard are too hard hold hard shard of delivery cow slope slip black and white do not disturb the reflection he said do not disturb this perfect description of a duck mirrored on a perfect lake and it could be any machine any machine noise behind the trees what is left to take? There are sheep which cannot be moved even to slaughter at 7 a.m. they are used to eating grass on Romney Marsh they are not used to hay little spider descending – did I brush too hard

Born in Chesterfield, Derbyshire in 1952, of English and Dutch-Indonesian parents, Frances Presley spent her childhood in Derbyshire, Lincolnshire and finally in Somerset. She studied poetry for a year in the US at Franklin & Marshall College, and received her M.A. from the University of Sussex. In 1980 she moved to London to work as a librarian, later specializing in research and information for community development and women’s issues. She now works part time for the national Poetry Library. Among her books of poetry are The Sex of Art, Hula Hoop, Linocut, Automatic Cross Stitch, Paravane: New and Selected Poems 1996-2003, and Myne: new and selected poems and prose 1976-2005, published by Shearsman.

Posted by greenintegerblog at 10:09 AM