Three From Quebec: Gabrielle of the Spirits (on Denyse Delcourt's Gabrielle and the Long Sleep into Mourning) 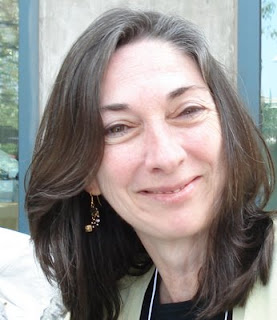 As in the film The Barbarian Invasions Denyse Delcourt’s 2001 novel, Gabrielle and the Long Sleep into Mourning—a book first published in English in 2007 by my own Green Integer press—is structured around the gathering of several friends on a weekend retreat. These individuals, Thérèse—the one who has invited them all to join her at a rented lake house—Marguerite, Cécile, François, Paul, Mimi, Suzanne, Jacqueline, and Léo, now all in their fifties, grew up together around a lagoon of the Palus River in a semi-rural town near Montreal. Accordingly, their links are those of childhood, each of the nine now living at some distance from one another, some, like Paul—a doctor by day who “does drugs before setting out each night for the toughest gay bars in the city,” who we later discover has AIDS—now living lives that have little in common.

As an adult group, they remain cordial to, if slightly at odds with one another. They do not share the lifetime interconnections of the friends gathered around the dying Rémy of the 2003 movie, and their conversations and interrelationships, accordingly, are less intense than the 60-year- olds of The Barbarian Invasions. Yet one cannot help but note the kinship of the two works, for like the later movie, Delcourt’s lyrical fiction is centered upon love and death—in this case the mysterious loves and death of the fifteen-year-old Gabrielle in 1951.

The survivors’ conversations and walks into the nearby woods occasion a series of memories as, one by one, they come to terms with Gabrielle’s and their own lives in the Palus, which came to a sudden end by a government decision to buy their homes and cover the back waters they describe as a lake with concrete. In this sense, Delcourt’s short masterwork is a work aimed at digging up the past, another kind of “unburying” and “reburying” of the dead.

Growing up in a home where their father is seldom in residence, Mimi, Marc, Gabrielle, and François live a life very different from most of the other children around them. Their mother, Éveline, hates housework and cooking equally, and although she is socially likeable, often leaves the family to its own means:

…the children often ate alone or together the dishes that they them-selves, or else Mimi, had prepared. Their father, an absent-minded man, sometimes joined them. On the tablecloth, traces of jam, butter or molasses formed mottled patterns. You could see leftovers of the previous night’s supper lingering on the counters. There were breadcrumbs everywhere.

When Éveline is unable to pay a traveling salesman for her purchases of children’s clothing, she pays by staying “shut up” for the salesman in a room “for a long time,” a source of confusion for Gabrielle and her friends, but an act bringing only a shrug from the elder Marc and a blush to Mimi’s cheeks. Later in the fiction, it is revealed that Gabrielle’s father may have another family, and that his wife is having an affair with a man—who also sexually flirts with Gabrielle—whom they call Uncle Georges. We later discover that her brother Marc’s night wanderings may be related to his trafficking in drugs. In short, it is the kind of family in which neighborhood children delight and about which their parents gossip.

One day while riding in the woods with another girl (Jacqueline), Gabrielle falls from her bicycle, scraping her knee. Suddenly a man, Walter Black, appears out of nowhere and offers to take her in his large, black car to his house in the woods. There the girls meet Walter’s sister, Maria, who bandages the wound and asks Gabrielle to return in three days. As the girls prepare to leave, a headless bird flys out of the window from the second storey of the dilapidated building. Soon, we discover that Gabrielle is also disappearing on long journeys each night.

If this event has the sound of a fairytale, it is clear that Delcourt—herself a specialist in medieval French fiction—intends it to call up various tales, as within her realist construct she projects a magical world where the young Gabrielle nightly travels to the house in the woods, where she is welcomed by Maria, a black snake, and her courtier, Walter. As the other children get word of her adventures—some clearly imagined, others perhaps embroidered versions of real events—the tale of Gabrielle’s descent into a relationship with these figures gradually becomes intertwined with tales of wolves and underground chambers, calling up a number of childhood fables, from the Brothers Grimm to Gabrielle-Suzanne Barbot de Villeneuve’s early version and Jeanne-Marie Leprinces de Beaumont’s retelling of “Beauty and the Beast.” Certainly some of the elements of that latter tale—the missing father, the beast-lover, and the final late return of the young girl—are similar; but other elements of Delcourt’s story of Gabrielle remind one of elements of “Sleeping Beauty” and similar fables of a young girl lured to her death within a woods. All represent various versions of adolescent sexuality, and the author of Gabrielle allows these concerns to emanate throughout the book, as we witness Gabrielle and her fifteen-year-old friends entering into a world of sexuality that is always potentially dangerous.

In a letter from Walter—or perhaps a romantic epistle from Gabrielle to herself—the wolf-lover warns his princess of just those possible dangers:

Gabrielle of the Spirits,
At eleven o’clock this evening you will go down the stairs covered with moss—you know them: there are
wildflowers in the cracks. Be careful not to fall. Remember that you must lean against the wall beside the steps, but watch out for the plants creeping along the wall, making for a confusion of stone and vegetation. Beware, the moss offers no sure footing and there will be no hope if you miss a step and reach for a hold to save yourself. Then push the worm-eaten door, but remember: it will creak as soon as you touch it because the hinges are rusted. You will enter the vault. The darkness there is total, but do not be afraid, Sweet Thing. On each side of the door there are niches in the walls with oil lamps darkened by smoke and by the years. Light them and wait for me, my beloved. I will soon be there.
W.B.

Like Beauty, Gabrielle arrives too late and cannot find the entrance to the magical vault. And in her rush to reach it she has aggravated her asthma; unable to breathe, she falls to the forest floor, dead.

For the survivors, life in the Palus, ending with Gabrielle’s death, has served almost as a mirror for the many possibilities of love in their own lives. From Éveline’s desperate affairs to Mimi’s almost secret wedding (the bridegroom refusing to participate in a public ceremony and the sharing of wedding rings), from Gabrielle’s romantically conceived encounters to Paul’s sexually-acquired illness, love is always a spirit to be reckoned with, a spirit to be brought into the light, just as Jacqueline, sitting in the night, finally sees her long-dead friend:

The lake is flat. Night. A white dress. Gabrielle is on the beach. She runs. Her hair is flowing. She glides through the tall grass. Oh, the snow of her dress. She speeds toward the wood. Faster, faster. She is barefoot.
She seems to be flying. It is night. She is free. The shadow of her dress bathes her like cool water. Faster, faster. Her dress, the ribbons, diaphanous. Gabrielle.

And now, she has disappeared.

In their gathering and their various retellings of events, these friends have laid the past to rest. It is the even more terrifying future which they now must face.

You can purchase this title by clicking here: http://www.greeninteger.com/book.cfm?-Denyse-Delcourt-Gabrielle-and-the-Long-Sleep-into-Mourning-&BookID=198


Posted by greenintegerblog at 7:34 AM