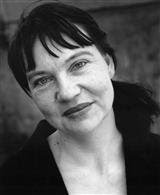 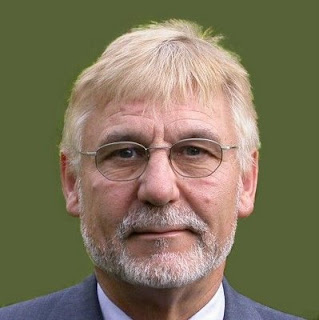 How did Kalb endure the inconclusive events in his brain? The word-fragments
that were caught incessantly by his ear, his absorption of idiosyncratic time, bits
of incidents, snippets of events? What made him suffer through this uninterrupted
series of fragments? What made him experience these agonizing circumstances as
normal?
—Gerhard Roth, The Will to Sickness

Made up of 99 paragraphs and a short section of 34 “notes,” The Will to Sickness tells the story—if you can describe this as a “story”—of a man named Kalb who wanders about an unnamed city encountering various visual and visceral sensations that, in their ability to set off a series of reactions in his brain, are ultimately painful, and lead to his recognition that he is undergoing the “symptoms” of some strange sickness. The astute reader recognizes the “symptoms” quite easily as those of a man of the edge of despair, a man whose connection with others is limited primarily to unsatisfactory meetings with prostitutes, waitresses, barkeeps and others he accidentally encounters on the streets, in restaurants and offices.
The financially and emotionally impoverished Kalb spends most of his time alone in his room or simply wandering, like the hero of Hamsun’s Hunger, following various individuals and, occasionally, even attempting some vague sort of communication with them—all to no avail. Kalb’s most daring interchanges include an occasion in a restaurant where he approaches a man at another table, asking for his glass; when the puzzled man nonetheless reaches for it, Kalb “boxes he ears” and is dragged to the door by the waiter. In another restaurant a middle-aged woman nods to him, and as Kalb sits down at her table she puts hand upon his knee. Later, while drinking cognac on a sofa, the two suddenly undress each other and engage in sex.
By this time in Roth’s surrealist-like tale, however, we recognize that what seems to be happening may in fact be a hallucination, for as the narrator has told us, “Kalb hallucinates reality.” By the end of this short fiction, what we formerly thought might be a mimetic description has slipped into utter fantasy:

Through the telescope of his isolation he examined the image of the street.
Today’s dream came in green and red. The elderly lady hauled a jug of milk
along the sidewalk, overtook and tread upon her own shadow, which ac-
companied her anew immediately thereafter, on the other side of her body.
THE MOST TEDIOUS DETAILS ARE THE MOST LIKE DREAMS.
Two flies buzzed about angrily. He engaged them in psychic congress….

Combined with Roth’s medical-like examination of Kalb’s surroundings and the author’s inclusion in the text of various scientific terms, The Will to Sickness presents, in fact, a dream-like reality that may suggest a complex subtext, but also self-mockingly recognizes itself to be the delusions of a fláneur, an aimless intellectual trifler.
Accordingly, any great significance we seek in these 99 paragraphs, given its completely fragmentary structure, are of our own making. But that is exactly why this fiction is so compelling. For we cannot help ourselves: it is almost impossible not to attempt to connect the pieces with which one is presented and discern a significance in their whole. Of course, that is exactly what we do in every day of our living experiences; we make meaning often where there is none. Is that a sickness? Yes, the symptoms are clear; as with Kalb “the physiognomy of objects [touch] us” just as the safe societally-condoned distances at which we remove ourselves from others equally draws us toward them, for it is only through our connection with the world and one another than we can comprehend who, what and where we are. Man not only desires meaning, he demands it, must have it in order to survive. It is a grand sickness, and living life is to accept that one is willingly infected with the disease.

Swedish author Eva Sjödin’s Inner China may at first appear to be a short narrative poem. The publishers, however, describe it as a “tale,” and I am inclined, despite the work’s obvious poetic aspirations, to agree with them. Like Austrian-born Roth’s The Will to Sickness, Sjödin’s work is a fragmentary fiction. The two works are similar in other ways as well. As in Roth’s work, Inner China is a story of sickness, different kinds of sickness. The central narrator is a young girl whose sister Edith is obviously retarded. The mother, evidently, is a alcoholic (or suffering some other drug or drugs) who spends most of her life in bed, coming only to life when she can bed a passing lover. Forced to be the caretaker of her sister, the young narrator creates a world outside of the home—in the forest, fields, deer and other habitats around their troubled house—a world apart from the emptiness within her supposed domicile. Creating a fantasical world of lost children amid dangers of kidnap and death, the young girl “plays” the game of Tehseng and Laiseng, two imaginary Chinese children subject to various rules and regulations of her creative imagination.
Like Kalb, these two explore a world of visual and physical sensuality as among the rocks and fir trees they eat dirt, dog biscuits, worms and other debris. Although the two are never sexually accosted, they are approached by a man and sense sexual danger everywhere in the rural world they inhabit. Neighboring children mock Edith, and in one instance, as they attend a village festival, an old woman appears to attempt to lure Edith away, but just in time her protector-sister steers her in another direction, warning her never to trust anyone in the town.
Ultimately, welfare workers, recognizing that the often sick child is not being properly cared for, take her from the home. Almost at the same moment, the young girl’s dog grows ill, and she if forced to carry it to the village veterinarian, who recognizing it is beyond saving, mercifully kills it. The girl takes the body home, forcing her unwilling mother out of bed to watch her bury it.
The fiction ends with the young girl caring for her own now child-like mother almost as she has previously had to care for Edith, forcing a bit of porridge into her Mother’s mouth while the older woman whimpers: “I-do-not-want-to-I-do-not-want-to.” She too has become another being who the young girl must take into her the unknown terrain of “inner china.”
I should qualify my statements above, however, by saying that this summary represents my reading. Others will take these same poetically fragmentary paragraphs and weave the tale together in another pattern, willing these evocative germs of meaning into another kind of “sickness unto death.”