Roman Fantasies (on the art show Pompeii and the Roman Villa: Art and Culture Around the Bay of Naples at LACMA) 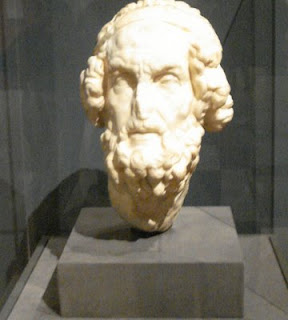 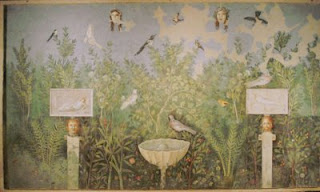 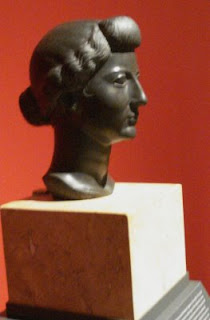 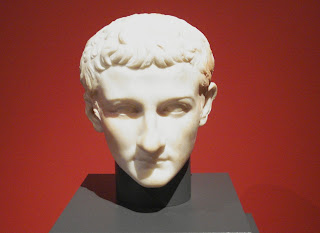 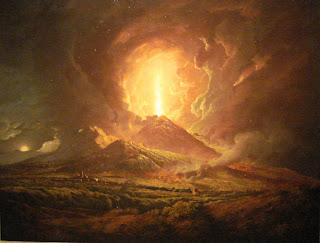 Pompeii and the Roman Villa: Art and Culture Around the Bay of Naples, on view at the Los Angeles County Museum of Art from May 3-October 4, 2009 / I saw the show at the press preview of April 29, 2009

Given my Ischian isolation, my busy schedule, and the misgivings we all had that summer about Naples, I did not have the opportunity to visit the highly recommended National Archeological Museum of Naples and other major museums in Pompeii and the coastal villas. How wonderful, accordingly, that many of the treasures of those locations showed up this year—the year I had determined to publish my experiences in Ischia, Pompeii, Naples, and the Compania region—at the Los Angeles County Museum of Art, across the street from my both our condominium and my office.

Unlike the previous show of some years earlier, which focused on Pompeii, this was centered on the Roman Villas around Naples and the neighboring cities of Pompeii, Herculaneum, Stabiae (now Castellamare di Stabia), Surrentum (Sorrento), Capreae (Capri), Pausilypon (Posillipo), and Puteoli (Pozzuoli)—where, as I describe above, my journey to Ischia began.
Selecting from the villas of the wealthy Romans, particularly the ruling families of the emperors Tiberius, Caligula, Claudius, and Nero, Pompeii and the Roman Villa: Art and Culture Around the Bay of Naples, represents powerful sculptures, frescoes, interiors, courtyards and gardens, as well as more modern representations of the great volcanic eruption of Vesuvius that ended this region's cultural dominance.
The model for these wealthy patrons was clearly Greek, and many of the subjects and references of their art were to Greek figures of history, such as the beautiful sculpture of Homer of the 1st century, borrowed from the Museum of Fine Arts in Boston. Similarly, Plato's Academy, a mosaic from the Pompeian Villa of T. Siminnius Stephanus, and the marble Panel with a Dionysiac procession from Herculaneum, both also of the 1st century, attest to the Romans' commitment to Greek figures and themes.
Yet, it is through the detailed sculptures of the family members themselves that we come to recognize just how different these Greek-inspired works came to be in the Roman artists' depictions. The beautiful Aphrodite/Venus, discovered in Puteoli (Pozzouli), with its voluminous folds of dress and densely curled hair topping the head, and the striking head of the dreaded emperor Gaius (Caligula), also from Pozzouli, make clear that while the models for these works may have been from the Hellenic culture, the Roman artists themselves found new expression in their renderings.
Perhaps some of the most spectacular work in this show is the recreation of a Garden, including a magnificent fresco, Garden Scene, from Pompeii, House of the Golden Bracelet. At once the viewer feels as if he has entered the garden itself, and is awed by the theatrical-like settings.

A couple of the pieces, particularly the black basanite sculpture of Livia (from the Paris Louvre museum) seem almost art deco in their modernity. The small paintings and frescoes of these villas themselves are worth the ticket of admission.
It is little wonder that when the excavations of Pompeii and Herculaneum were begun in the late eighteenth and nineteenth centuries, the whole world became fascinated and enchanted by the vast numbers of antiquities unearthed, creating a whole new round of expressions of the cities and villas caught in the unfortunate drama of nature.
None of these, of course, can compare with the ancient art discovered in Naples and the surrounding region, but their dramatic expression of that violent end to these great cities and villas, such as Pierre-Henri de Valenciennes' 1813 canvas Eruption of Vesuvius, continues to awe us still today, creating myths larger than those even of the Italian citizens, great storytellers though they be, who continue to endure life in this region.
It is clear, after seeing this show and reading Shirley Hazzard's apologia for Naples (The Ancient Shore, a review to follow) that I shall have to return to the city, if for no other reason than to pay homage to such a splendorous past.