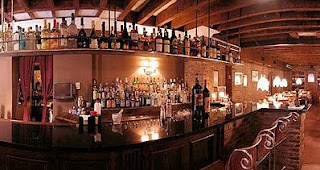 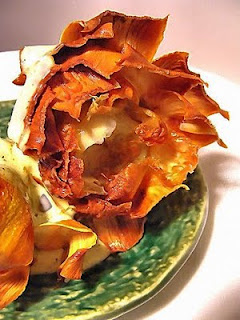 It was a Sunday, Mother’s Day 2011. I often end up on New York City on Mother’s Day, since it is the weekend my distributor, Consortium, generally chooses to host sales conferences.

I remember one such Mother’s Day, waiting for a play to begin in a bar on 45th or 46th, where I overheard a head usher from one of the nearby theaters discussing the horrors of the day, describing how numerous middle-aged couples celebrated the event by taking their elderly mothers and fathers to the theater, by simply dropping them off and picking them up later, sometimes long beyond the end of the production, presuming that the theater staff would take care of the parents until they arrived from wherever they have gone in the interim.

“They treat as if we were babysitters or schoolteachers,” the salty professional complained, leaving their poor parents to sit in their theater seats for hours sometimes after the play has ended, like it were a playground superintended by us.” “Several times,” she continued “we’ve had to call the police to report missing families for these dear old folk. I hate Mother’s Day!” she concluded.

I was startled to hear of such events. I never imagined that the theater might be used as a kind of dumping ground for the elderly, but I’ve seen it several times since. On Mother’s Day I try not to attend popular musicals or comedies that might attract these inconsiderate middle-agers as the perfect place for their mothers and fathers to spend the day, as if it were a Chucky-Cheese playground for the agéd.

I knew that the intensely serious play Jerusalem and, even more so, the off-Broadway production of the Belarus Group’s Being Harold Pinter, both of which I was attending that day, were unlikely venues for such abuse.

What I hadn’t prepared for is that both of the plays I chose for a Mother’s Day celebration were very much centered on violence and, more succinctly, blood. Hence, my title “Sunday, Bloody Sunday,” an echo of the terrible events of the Bogside massacre of 1972 in Derry, North Ireland, the song from the U2s 1983 album War, and the movie of 1971 about the Jewish family doctor, Daniel Hirsch (Peter Finch) and the divorced working woman, Alex Grenville (Glenda Jackson), who share the same lover.

My “Bloody Sunday,” was “bloody,” fortunately, without real bullets or actual deaths.

In preparation for the likelihood that I would not be able to eat dinner, given the fact that Jerusalem ran until 6:00 and Being Harold Pinter, way downtown on 4th Avenue’s Ellen Stewart Theater, began at 7:30.

I chose, quite by accident, but most felicitously, an Italian restaurant, Lattanzi, on 46th street in Hell’s Kitchen, one of several Italian restaurants on the block. But, for my taste, I couldn’t have chosen better, given that Lattanzi serves Jewish Italian, the kind of food I’d grown to love in Rome’s Trastevere, the old Jewish ghetto of the city.

Because I arrived early, the restaurant was nearly ghostly, but the hostess and waiters were most friendly, as I decided to sit at the bar at the other end of the restaurant from entry. I had a gin and tonic before ordering the primi, Coarciofialla Giudia, artichoke with garlic and olive oil cooked in the Jewish manner. What this means is a crispy brown outer series of edible artichoke leaves with the pointed, thorny stalks just to remind you of the mass of the vegetable that had to be cut away to get to the heart, that tender green, olive oil infused, center that literally melts in your mouth. The balance of the two, the braised outer, thorn-like leaves with its luscious green circle of the center is a perfect balance of the fruit of this nearly impenetrable fortress, which Americans generally serve by boiling or braising all the taste out of them, and smothering the slightly edible remainder with butter and salt. The artichokes at Lattanzi need little but the oil and a good appetite.

Before the artichokes the waiter had brought me a basket of breads far different from the usual Italian fare, although a more traditional chewy sliced bread lay under the treat of the matzo, incredibly thin, slightly grilled and topped with garlic oil! Unlike the packaged holiday Matzo, this was almost like an Indian Nann or even Puri, deliciously flavored and light as a feather, but recognizable as matzo nonetheless.

The waiter suggested a secondi, Trigliette all’Embrice, a Red Snapper sautéed in garlic and onions, with olive oil, pine nuts, white raisins, and vinegar. To compliment this, I chose their champagne, infused with orange and ginger, the perfect match for the sweet and bitter under flavors of the fish. I couldn’t imagine a tastier or more healthy dish. I felt it was the perfect food to fortify the five hours following of intense drama I was looking forward to.

I have to go back to taste their dozens of other of menu specialties which I might have ordered under slightly different circumstances.