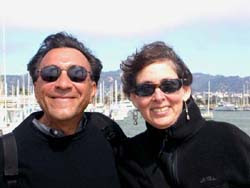 On the evening of September 5, 2012 I attended poetry readings for poet Doug Kearney and friends Nicholas Piombino and artist Toni Simon.


I had never before read or heard Doug Kearney’s work, which is heavily performance-based, centered in his own theatricality and the various collage of voices he brings to his work. On the page, some of his works seem vaguely concretist-conceived, with numerous ways of approaching the text when reading. There is an excitement in the numerous possibilities to read down, across, up, or to read certain passages, inserting them into others. And the theatricality of the work gives it an energy than the often tone-deaf poetry readings (numerous poets seem determined to not read any of meaning or intentions into their work) that one too often must suffer at poetry readings. The fact that his work also embraces collaborative possibilities, operatic, performance, etc., adds weight to each particular poem. Unfortunately, the subjects of his poems are rather obvious and work against his clear delight in finding various voices in which to express it. His themes are primarily about race and racism, confining his work, at times, to categories or genres that have been brilliantly mined already by writers as diverse  as Amiri Baraka, Suzan Lori-Parks and lesser figures such as Lucille Clifton and Toni Morrison.


Piombino and Simon read from their collaborative work, Contradita: Aphorisms, which consist each of two aphoristic sentences that set up a kind of subtle, occasionally more obvious series of head on oppositional phrases. Several of these are accompanied by the quirky collages (reconstructed for the purposes of the tour into well-drafted drawings) that sometimes skew the “contradicta” in yet new ways. Below are a couple of examples:

All that titters is not bold.


Listen to the whispers—all the bold voices have had their say.

The mean teach the kind how to hide their pain so as to corrupt
and enlist them in their ranks.

Small disappointments revive the child in us, which
would be an equal recompense if we could by see it so.


Simon, as I mentioned to the students, had also just published her own book of drawings and poetical works, Earth After Earth, published by Lunar Chandelier Press in Brooklyn,


Although, I prefer Piombino’s masterwork, Theoretical Objects, I very much love this work. But then, I am a close friend of Nick’s and Toni’s and, I must reveal, am the publisher of both the books I mention, as well as Piombino’s early Poems.


What was perhaps most interesting about the event was that during question time, both poets answered audience questions, but also created an interchange between themselves, at moments almost developing an interview-like atmosphere, during which they ruminated as fellow authors, shared concerns. The kindness of their observations of each other’s work—so rare when such poets of radically different sentiments read together—perhaps also reveals the fact that when he is not writing poetry or poetics, Piombino works as a psychologist, a man very used to listening to others.


Later, Piombino, Simon, Kearney, and I joined poets Dennis Phillips, Paul Vangelisti and an old friend Toni’s at Deck 33, a pleasant out-door bar and restaurant overlooking the pool of the Custom Hotel, where the poets were staying.


A couple of days later, I met them for lunch at Ray’s at the Los Angeles County Museum of Art were Toni had freshly made gazpacho (it is high tomato season in Los Angeles), Nick had their always excellent hamburger, and I truly enjoyed their fresh pasta with crumbled fennel sausage and kale. Afterwards, we joined Howard for a brief tour of Los Angeles from the heights of Mulholland Drive, where they could look into both the San Fernando Valley and into the LA Basin. Making our way downtown, we pointed out the Los Angeles Cathedral, the Mark Taper Forum, the Dorothy Chandler Pavilion, MOCA, and the always impressive Frank Gehry-created Disney Hall. We also took them on a tour of the marvelously well-kept Union Station and Howard dropped us off, for what seemed to be the highlight of the trip—since both Toni and Nick are avid science fiction fans and love Ridley Scott’s Blade Runner where scenes were filmed—of the marvelous Bradbury building. After a renewal of wine and cheese at our house, they crossed the street again to spend hours at the Los Angeles County Museum of Art.