"Architectural Delusions" (on the deaths of Madeline Gins and Arakawa)

On January 8th of the year, the architect Madeline Gins died, her husband and architectural partner Arakawa having died four years earlier in 2010.
Madeline had been a long-time acquaintance and, over the years, had sent me a couple of their theoretical books on architecture for possible publication by Green Integer and Sun & Moon Press. As I noted in My Year 2004: Under Our Skin, moreover, I joined them after a reading by Charles Bernstein and Kathleen Fraser at a French restaurant where they discussed some of their architectural ideas, in this case a project “in which rooms contain within them the history of the past and are named after body parts: the ear, the nose, the liver, etc.” Even today, I cannot comprehend exactly what these rooms might have looked like or what effect having them named by body parts might have on the occupants. But then I could never quite understand their complex notions ideas architecture and its effect on human life. 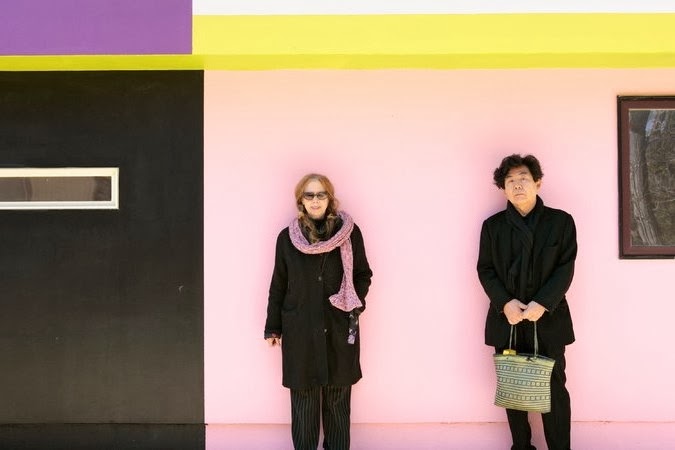 I could well grasp that buildings wherein “Each apartment features a dining room with a grainy, surfaced floor….[and wherein] electric switches are in unexpected places on the walls so you have to feel around for the right one…[and] a glass door to the veranda is so small you have to bend to crawl out” might help residents, as they put it, “to sharpen themselves neurologically and derive corresponding physical and mental benefits.” If nothing else, living in one of their constructions might be akin to living in a funhouse—perhaps a fun place be, but also rather frightening and spooky. 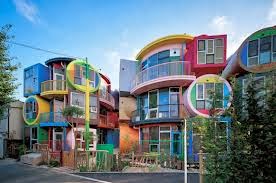 Gins and Arakawa, however, took these ideas even further. Arakawa, a protégé of Marcel Duchamp, apparently thought that the Dadaist and Surrealist aesthetics did not only sharpen and heighten the awareness of the human mind, but could remake the human body in which it existed, allowing one to live forever. As The New York Times described it, the couple felt that “Eluding death through design could be accomplished….through a literal architecture of instability—a built environment” wherein “no surface is level, no corner true, no line plumb.” 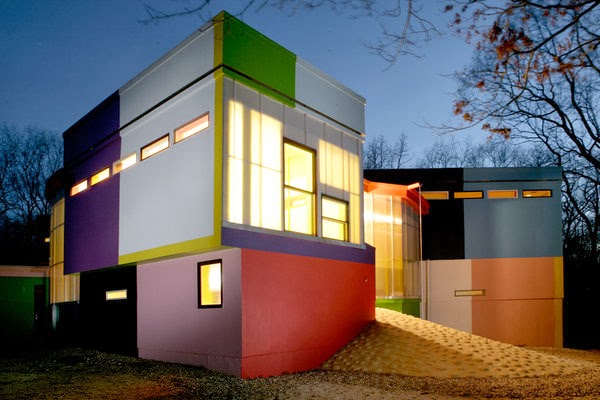 Working with their Reversible Destiny Foundation, they created such architectural projects in New York, Japan, and elsewhere, arguing in books and essays for “Making Dying Illegal” through architecture.
Quite obviously, their ideal was not only illusive but almost manic, playing out a kind of horrifying—at least to my way of thinking—fear and fascination with death. While on might certainly admire their holistic way of looking at the arts, one also has to admit that theirs was an architecture of delusion. Arakawa died of unspecified disease at the age of 73, Gins of cancer at age 72, ages younger than the median life expectancy for most men and women in developed countries around the world. They were dreamers whom we shall surely miss.